I look at your photographs, I listen to your music, I read the history of your personal and professional struggles, I am reminded of all the struggles of all the peoples who have resisted imperial, military and colonial rule down the millennia, who have fought for “the imprisoned and the dead.” It has never been easy, but it has always been right.

In one of your songs, Gil, you mention Archbishop Desmond Tutu. I do not speak Portuguese, but I am assuming you both applaud Archbishop Tutu’s resistance to the racism and apartheid that was eventually overthrown in South Africa. Those were heady days when the worldwide community of artists stood shoulder to shoulder with their oppressed brothers and sisters in Africa. We, the musicians, led the charge then, in support of Nelson Mandela, the ANC, the oppressed African people and all “the imprisoned and the dead.”

We face a similarly momentous opportunity now. We stand at a tipping point. Those of us who are convinced that the right to a decent human life, and to political self-determination, should be universal are, in concert with 139 voting Nations at the General Assembly of the United Nations, now focused on Palestine.

In the wake of last summer’s brutal Israeli attack on the Palestinian people in Gaza, public opinion has, quite rightly, swung in favor of the victims, in favor of the oppressed and disenfranchised, in favor of “the imprisoned and the dead.”

Israeli Prime Minister Netanyahu, with his teetering far-right government, reminds me of the story of The Emperor’s New Clothes; there surely never was a cabinet more nakedly exposed in their calumny than this. They damn themselves with every breath they take, every racist speech they make. “Look Mummy, The Emperor has no clothes!”

I had occasion recently to write a letter to a young English entertainer, Robbie Williams; I shared with him the fate of four young Palestinians playing soccer on the beach in Gaza who were killed by an Israeli artillery shell. Why would I bring up a beach and soccer? Why? Because I love Brazil, I have Ipanema Beach in my mind’s eye; I remember gigs I have done in Sao Paulo, Porto Allegro, Manaus and Rio. How could I ever forget them? I have a football shirt, signed, “To Roger from your Fan Pele”.

When I was last there, an innocent child had just been killed, dragged behind a car by criminals escaping the scene of a crime. The national remorse was palpable, it was all encompassing, you, all of you, cared for that poor kid. In so many ways, you are a beacon of light to the rest of the world.

As you know, international artists concerned about human rights in apartheid South Africa refused to cross the picket line to play Sun City. In those days, Little Steven, Bruce Springsteen and 50 or so other musicians protested against the vicious, racist oppression of the indigenous peoples of South Africa. Those artists helped win that battle, and we, in the nonviolent Boycott, Divestment, and Sanctions (BDS) movement for Palestinian freedom, justice and equality, will win this one against the similarly racist and colonialist policies of the Israeli government of occupation. We will continue to press forward in favor of equal rights for all the peoples of the Holy Land. Just as musicians weren’t going to play Sun City, increasingly we’re not going to play Tel Aviv. There is no place today in this world for another racist, apartheid regime.

When all this is over, we will go to the Holy Land, we will sing our songs of love and solidarity, we will gaze at the stars through the leaves of the olive trees, we will smell the wood smoke from the fires of our hosts, we will treasure the legendary hospitality. But, until this is over, until all the people are free, we will plant our emblem in the sand, there is a line we will not cross, we will not entertain in the court of the tyrant king.

Dear Gilberto and Caetano, “The imprisoned and the dead” reach out. Please, join us in this by cancelling your gig in Israel. 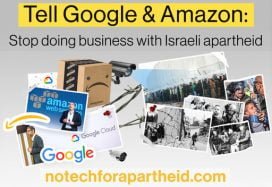 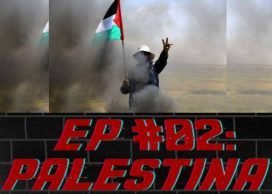 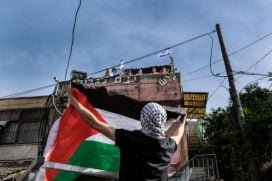